Are the treasures in your safe deposit box really safe? 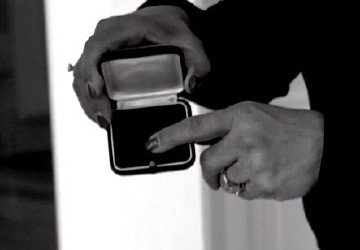 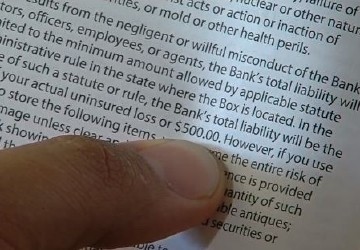 Are the treasures in your safe deposit box really safe?

COTTONWOOD HEIGHTS, UT — (KUTV) Among Nasrin Mahammadi’s most prized possessions are items that were given to her by her dad: service metals from his time in the Imperial Iranian Air Force, custom gold coins given to her father decades ago by the Iranian royalty and expensive jewelry that he gave her after graduation, among other things.

“These are items that were precious,” she said.

To protect the “precious items,” Mahammadi took care to store them in the safest place she could imagine: a safe deposit box at her bank, Wells Fargo. That is where the items sat for years, she says, until her father got sick.

She went to retrieve the items only to discover her entire box was gone. Mahammadi panicked but the bank calmed her fears. Her items had simply been moved because the safe deposit boxes were being upgraded.

“I said, ‘Where are the items?’ And they said, ‘Well, the box was moved to the repository,’” Mahammadi said.

Mahammadi hadn’t been contacted because, apparently, the bank had somehow lost record of who owned the box. And a few days later, a call from the bank was far less optimistic.

“We just want to tell you we are having a hard time locating your items,” Mahammadi says she was told.
Mahammadi says it took several months to track her box down and when the bank finally called her to inspect her items, she says they brought out a disarray of items in a cardboard box.

“That’s the time I found out that there are certain items that are missing that are very distinct items,” she said.

Heartbroken to lose her families treasures, Mahammadi says she asked the bank what they were prepared to do for her. She says she was shocked by the answer.

No joke. In small print on one of the pages inside a Wells Fargo bank booklet, it spells out the bank is “only liable $500” maximum for items lost, stolen or damaged inside a safe deposit box even when it’s the bank’s negligence.

Mahammadi believes her items lost were worth over $350,000.

Mahammadi hired a lawyer but her case stalled. Her lawyer told her it’s very tough to win against big banks which insulate themselves with arbitration clauses and limited liability clauses in their contracts.

Companies are not always protected when they try to limit their liability in the fine print of contracts. There are a number of anecdotal examples of a judge deciding to make a company pay according to the society of actuaries.

Judges have been known to frown upon companies that don’t make the liability clauses “conspicuous” to their customers. Liability clauses also hold more weight when they are “negotiated” between the company and the customer not just stipulated by the company. And judges seem particularly keen to throw the clauses out when a company’s “liability limit [is] unreasonably low.”

That said, the vast majority of the time, judges do go with the language of a contract and do let companies limit their liability, the society of actuaries says. The only way for a customer to know for sure is to sue.

So, what about insurance? The FDIC was established after the great depression to insure banks but no help for Mahammadi there.

The FDIC also warns on their website, “Don’t expect the bank to reimburse you for theft of or damage to the contents of your safe deposit box.” If you want to protect your stuff, the FDIC says, “talk to your insurance agent.”

As for Mahammadi, she says that to this day, she does not know what became of her belongings but is holding out hope that someone who sees this story might know.

She also wants others to heed a warning from her experience.

“We deal with the banks everyday under the assumption that we are safe,” she said. “Do people know what liabilities they have with their safe deposit box?”