On 31st August 2016, unknown hackers leaked 68 million Dropbox user accounts including login emails and encrypted passwords from a breach that took place in 2012. Initially, the leaked data was accessible to several breach notification sites such as Hacked-DB, LeakedSource, and HaveIbeenPwned, but now a vendor going by the online handle of “DoubleFlag” is selling the same DropBox data on a dark web marketplace known as TheRealDeal.

Remember, Blowfish is vulnerable to birthday attack, brute force salt is a random string added to a hash function to increase the security of decryption keys.

HackRead got in touch with the vendor who also shared 1000 Dropbox users’ data as a sample that shows email accounts from several email domains linked with the accounts and almost every user are also using the same email for their Facebook accounts. 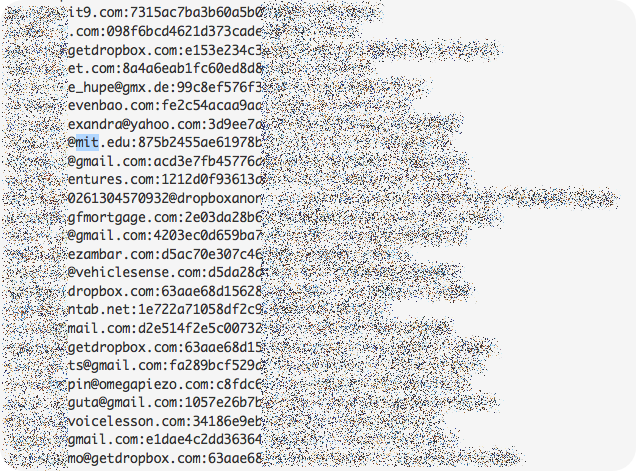 We also contacted data breach notification company Hacked-DB and asked if these password hashes are easily crackable and according to them,

“It depends on the actual password complexity. SHA1 can be decrypted by using offline or online tools such as HashKiller.”

This is not the first time when such a massive amount of data went up for sale days after it was leaked. In fact, 2016 has been a bad year for tech and social media giants.

Bad times for Dropbox just when they thought the nightmare was over… but it ain’t over till it’s over.