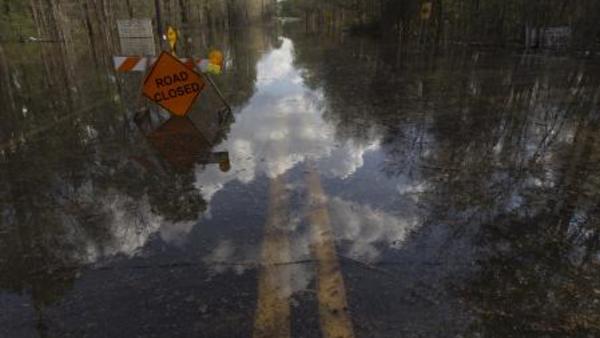 August 16, 2016 – About 20 Louisiana credit unions were forced to close their branches and offices Monday after torrential rains caused historic flooding that claimed seven lives and destroyed thousands of homes.

The Louisiana Credit Union League reported Monday that credit unions and their staff are suffering as they struggle to get their operations back up and running while coping with the devastating personal losses they’ve experienced.

“A number of branches and the main office have experienced heavy flooding,” Lucy Hyer, vice president of communications and public relations for the Louisiana league, said. “The number of employees, volunteers and members that have been affected is unimaginable. As the credit unions report damages to their branches, they are informing us of employee stories and they are simply heartbreaking.”

Connie Major, EVP and CFO of the Louisiana league, told the National Credit Union Foundation Monday that many credit union people didn’t have enough time to even consider evacuating.

“Aside from the numerous members affected, we’ve heard from credit union CEOs and staff that have lost everything,” she said. We cannot determine the full impact just yet as people are still being airlifted from their homes via helicopters.”

The league said it has been working closely with credit unions and assisting them with resources and support since Friday morning.

“I believe we will see a significant increase in other requests (from credit unions) over the next few days as soon as we get a better idea of the impact,” Hyer said. “LCUL has started issuing emergency quick cash grants through the Louisiana Foundation for immediate assistance, which we hope will help in some capacity.”

On Monday, the NCUF activated the online disaster relief system CUAid.coop to raise money for credit union people in Louisiana affected by the disastrous floods.

Credit union supporters in every state can make donations at cuaid.coop.

CUAid is the only program of its kind that enables credit union employees, volunteers and members, as well as credit unions and credit union organizations across the U.S., to contribute directly to support other credit union people.

As donations are posted through CUAid.coop, the NCUF will coordinate with the Louisiana Credit Union Foundation in the disaster area to distribute money efficiently to affected credit union employees and members.

One-hundred percent of the donations through CUAid goes to credit union disaster relief. In the event that all donations are not used for Louisiana flooding relief, the National Credit Union Foundation will transfer any and all unused funds to its general disaster relief fund for future disaster relief efforts.

It’s unknown how many credit unions will be able to reopen their doors on Tuesday.

“Credit unions with multiple branches in the area seem to be reopening one by one, but many will either remain closed or only have drive-thru service,” Hyer said. “We send an updated list of branch closures via email every morning at 9 a.m. and update the list on our website on the hour, every hour.”