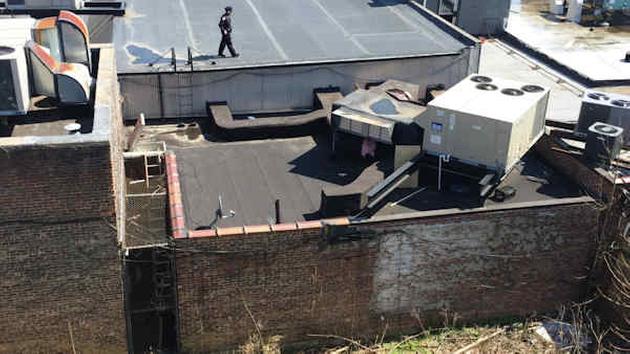 BOROUGH PARK, Brooklyn (WABC) — It’s a bank heist that has captured our attention and imagination as to how they pulled this off.

But Tuesday night, customers in Brooklyn wanted to know if their valuables were taken.

NYPD Crime Scene Investigators are spending another full day at the HSBC Bank branch on 13th Avenue in Borough Park. This as they also examine the possibility of it being an inside job.

$280,000 was taken from the bank’s vault, Eyewitness News has learned, and then thieves pried into at least 100 safety deposit boxes stealing valuable possessions.

“They have told me nothing. They didn’t even tell me there was a break in or a problem here,” said Stanley Hirsch, a bank customer.

Hirsch has a safety deposit box inside.

“I have some jewelry, paperwork. I think my wife put some Israeli money it. Not a lot of money,” Hirsch said.

“But you have no idea if it’s still there?” Eyewitness News Reporter Tim Fleischer said.

“I have absolutely no idea,” Hirsch said.

Shabat can imagine what others have stored in those boxes for protection, but he took his valuables out a few years ago.

“Personal stuff maybe inside. Like a passport, jewelry in the bank, and I took everything. Thank God,” Shabat said.

It is not known how many of the boxes might have been compromised, but for the better part of the day, there were no groups of worried customers standing outside the bank.

There was however a number of detectives who were also moving in and out of this vacant store front next door.

The thieves, investigators believe, cut holes in a chain link fence and used a ladder to get to the roof. There they popped open a roof top hatch and shimmied inside and then into the vault.

Others believe there should be more security considering that police sources say the thieves eluded any number of inside security cameras, leaving no video evidence and not even tripping an alarm.

It’s not known if the alarm was working and whether it had been set to avoid being triggered by the suspects in the vault.

Bank employees are now being interviewed by detectives from the NYPD and FBI’s Violent Crimes Task Force.