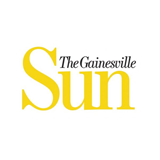 April 6th, 2016 – Wells Fargo customers are checking on legal documents and precious belongings they stored at the bank’s Main Street branch after a pipe burst in the basement recently and water seeped into some safe deposit boxes.

The plumbing problem dates back to March 15, Wells Fargo spokesman Michael Gray said. That’s when the pipe burst, although it didn’t flood the entire basement.

Although the water supply was cut off quickly, some water got into the vault where safe deposit boxes are stored, Gray said. He did not have an estimate of how many customers were affected but said the boxes closest to the ground were the worst hit.

Gray wasn’t sure how high the water rose in the vault. “It was clean water, which was good for us and good for our customers,” he pointed out.

Wells Fargo turned the power off and shut down the Main Street branch for the rest of that week after the pipe burst and reopened after it was safe for customers to return, he said.

They’re still trying to figure out what caused the problem, Gray said. Wells Fargo rents space in the building at 104 N. Main St., which was built in the early 1970s, according to property tax records.

The bank has been contacting affected customers over the last couple weeks and set up appointments to let people come pick up their possessions, Gray said. “We did not take anything out of the boxes ourselves because we didn’t want to intrude on any of our customers’ privacies,” he said.

Some people who told the bank they needed to access their boxes quickly were allowed to, Gray said. Rob Oglesby was one of those customers. He said he quickly made an appointment after he found out what happened.

Oglesby wasn’t the only person waiting to get into the vault when he got to the bank, but he said the staff handled everything in an orderly fashion.

When it was his turn, he walked into the basement, past a big metal door and into the vault, which contained rows of safe deposit boxes that stretched from the floor to the ceiling. There were probably several hundred boxes down there, he said.

Plastic sheets similar to shower curtains had been hung over many sections of the vault, and the staff had paper towels and plastic bags on hand so customers could dry and store their stuff.

“My box was maybe a foot off the floor and it definitely had water in it,” he said. Luckily, the items he and his wife stored inside their box weren’t irreparably damaged. “In fact, my Ford truck title dried out fine and is still very readable,” he said.

Some pocket watches his family has passed down for decades got wet, he said, but they never worked to begin with and have dried as well. Customers whose belongings were severely damaged may find getting reimbursed difficult.

The items stored in a safe deposit box generally aren’t insured by the Federal Deposit Insurance Corporation or Wells Fargo, Gray said. Customers who had high-value or irreplaceable items that were irretrievably damaged can, however, file a claim with the bank, which will review it to see if any restitution can be made.

Wells Fargo also is waiving the fees for affected customers who want to rent a box located higher in the vault, he said. Anyone with questions can call the Main Street store at 352-335-3300.