What Are Your Chances of Becoming a Home Burglary Victim?

What Are Your Chances of Becoming a Home Burglary Victim? 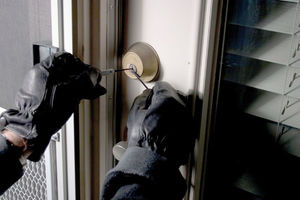 What are the odds that your home will be burglarized this year?

Data from the Federal Bureau of Investigation (FBI) crime reports show that one in every 36 homes in the U.S. will be violated by burglary in a typical year, with an average loss of $2,230 per break-in.

While the tri-county area is considered relatively safe from many violent crimes affecting big cities, it still has its share of burglaries and break-ins.

Five break-ins have been reported so far this year in the city of Fenton, according to Fenton Police Chief Rick Aro.

Five break-ins were reported last year in the city of Linden, and so far, none in 2016, according to Linden Police Chief Scott Sutter.

“In 2015, we had 37 breaking and entering, forced entry incidents, compared to 27 in 2014,” said Aro. “The number has increased, but I don’t think we can call it a trend. We haven’t seen a rash of incidents usually associated with a specific group or individual. They have been spread out over the calendar year.”

He added that larceny from an auto numbers are much higher than necessary.

“Unfortunately, too many people make it easy for thieves by leaving their car doors unlocked and valuable items in plain sight,” Aro said. “I don’t understand why people leave wallets, computers and other expensive electronics in their cars overnight. Securing your car in the garage or just removing the valuable items and locking the doors would reduce our car larcenies.”

With spring weather approaching, homeowners need to be more careful than ever to keep their property safe from theft, robbery and burglary.

According to Aro, good prevention strategies include:

What’s the difference between theft, robbery and burglary?

Theft is the most basic of the three crimes. A theft occurs any time there is an unauthorized taking of property from another with the intent to permanently deprive that person of that property.

Robbery is essentially taking something from a person accomplished through the use of physical force or the threat of force.

The crime of burglary is often equated with theft, but you don’t necessarily have to take any property to be convicted of this crime. Burglary is simply the unlawful entry into a structure, such as a home or business, with the intent to commit a crime within it.