Police are following leads in connection to a burglary that took place at a Cottonwood Bank of America.

Bank employees discovered $350,000 missing when they arrived for work to find the vault door open. The burglars even thought to disable security cameras at the bank, leaving very little video evidence.

Cottonwood police are receiving help from members of the FBI and the Yavapai County Sheriff’s Department as they proceed with the investigation. Officials said evidence indicates the burglary had a lot of forethought, and whoever got into the bank had knowledge of the security system. On a witness statement, authorities are looking for a white sedan. Bank of America is also offering a reward of $10,000 to anyone with information that leads to the arrest of anyone involved in the burglary.

If you have information, you can contact the Cottonwood Police Department here. 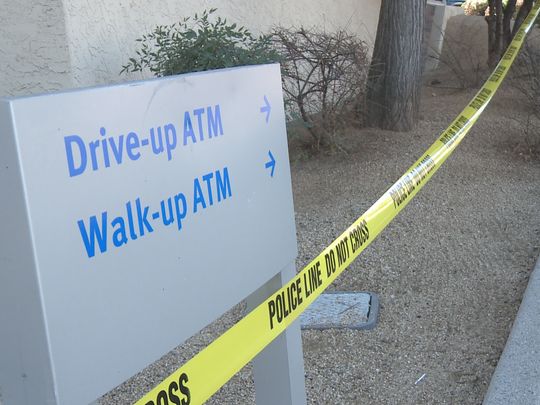 A Bank of America location in Cottonwood was closed today after a burglary took place on Wednesday. (Photo: George Heckard)
Or, call the Silent Witness Hotline at (480)-948-6377.
Article found here.
Share