Investigators from the Hickory Fire Department have determined the origin of Monday night’s fire at Capital Bank to be an elevator control panel, according to a Fire Department press release.

While there was heavy smoke, actual damage from the fire was limited to the control panel. 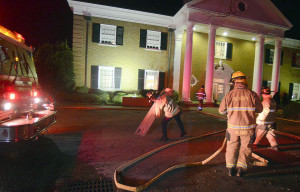 The call was received around 6:15 p.m. Due to the size of the building, first responders called in additional vehicles. Two ladder trucks, three engines and a rescue truck from the Hickory Fire Department responded. Hickory Rescue also responded to the call.

The exterior of the brick building did not show any signs of a fire; however, once first responders entered, they encountered heavy smoke, said Hickory Fire Department spokeswoman Terri Byers.

The fire department’s press release states that no injuries were reported and that the bank operated under normal hours on Tuesday.