ALTON, IL – Dozens of area roads have been barricaded and officially closed by the Illinois Department of Transportation this Monday, Dec. 28 due to the amount of rainfall that has poured over the River Bend over the past few days.

The southbound lanes of US 67 on the Clark Bridge are now closed to traffic heading into Missouri following an evacuation order issued by the Mayor of West Alton William Richter and the Rivers Pointe Fire Protection District. 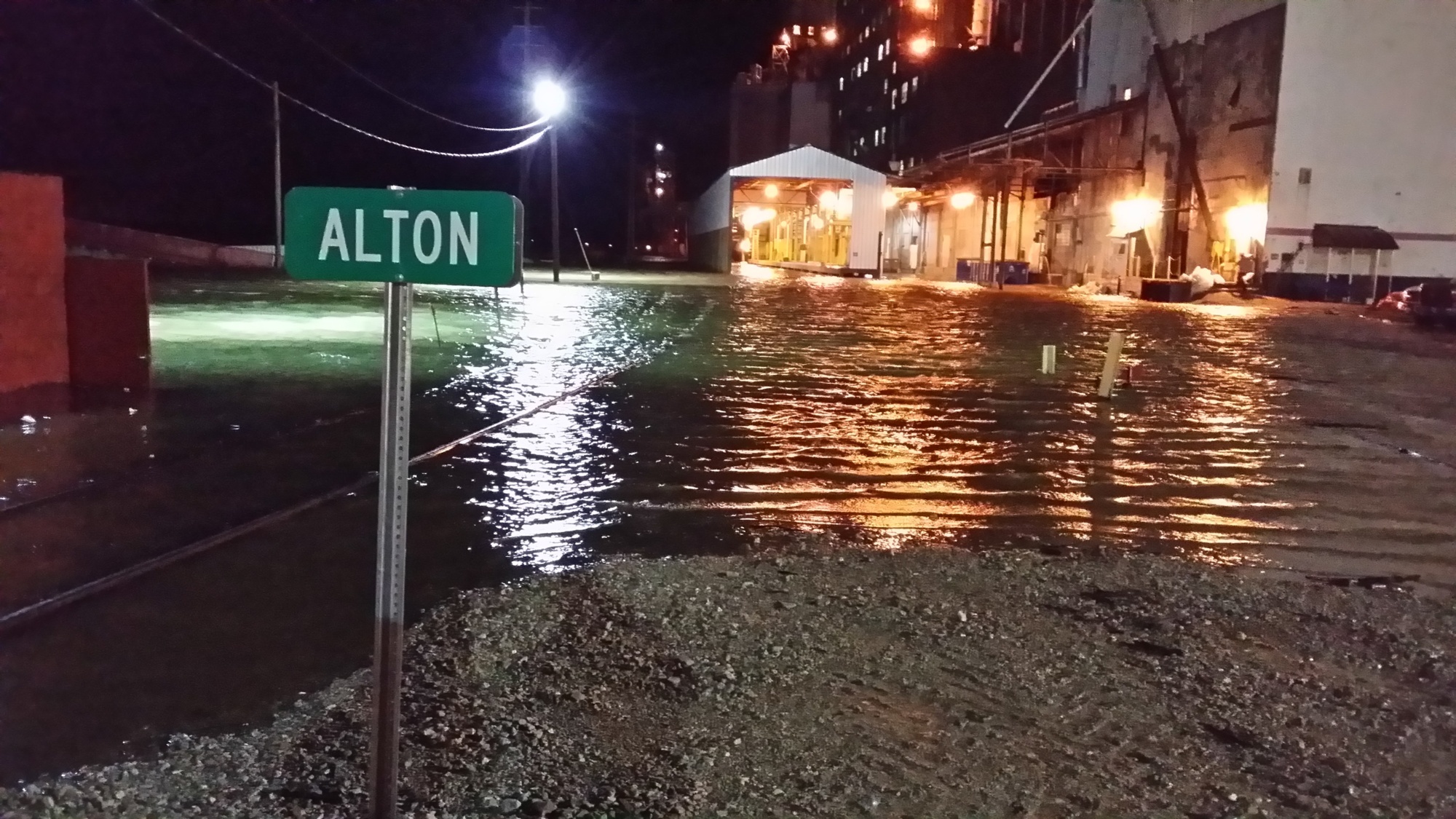 Sunday afternoon, a small mudslide was reported on Summit Street in Alton. Due to the continuous rainfall that has fallen in the area and instability of the earth beneath the road, the concave formed on the brick road has worsened since it first began. Signs placed by the city have since fallen into the gap left from the mudslide and has descended down the hill.

With the help of IDOT, the Grafton Police Department has closed Route 100 near Jersey State Bank due to the rising waters. Locations on the left side of the road, like the Hawg Pit Restaurant, are currently taking on water.

Pere Marquette State Park has also seen the rising waters creep into its boundaries. The area in which the yearly rendezvous takes place are currently submerged in water and the south parking lot near the road almost completely covered in water.

The waters of Piasa Creek in Jersey County has risen substantially, flowing powerfully down towards it outlet at the Mississippi River. With its outlying flood plains flooded themselves, it could be sooner rather than later that its waters begin to overflow onto area roads.