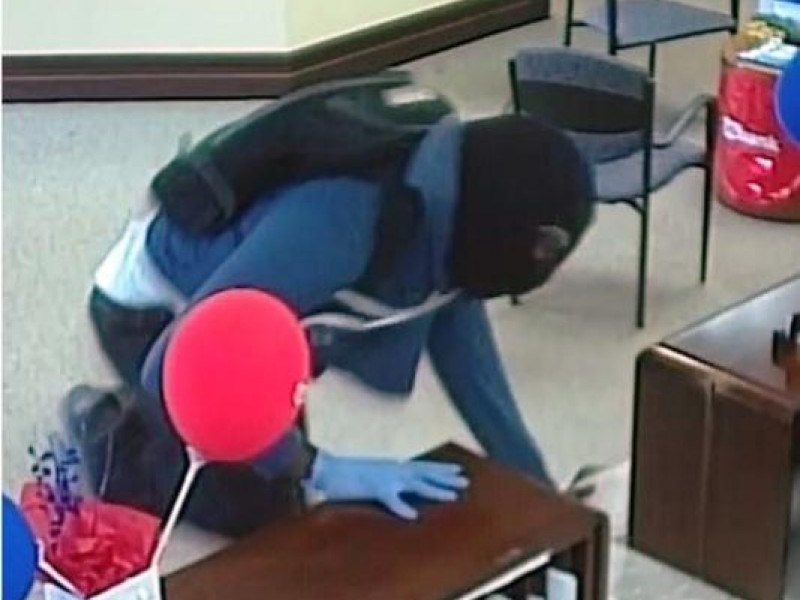 Evergreen Park, IL — The FBI is offering a $10,000 reward for information leading to the arrests of two men suspected of robbing an Oak Lawn bank at gunpoint on Thursday morning.

The first suspect held employees and customers at gunpoint in the lobby, while the second suspect forced a bank employee to open the bank vault, authorities said. The suspects escaped with an undisclosed amount of money.

During the robbery, it is believed that the alleged bandits also work blue latex gloves. No physical injuries were reported in connection to what the FBI is describing as a takeover robbery.

Surveillance footage shows the men without the masks just prior to entering the bank. Both are described as male, black and in their 20s. The first suspect is between 5-feet-10-inches to six feet tall, and was seen wearing a black hoodie.

The second suspect is 5-feet-8-inches tall, and was seen wearing a blue hoodie. They are considered armed and dangerous.

Anyone recognizing the suspects or having information about their whereabouts is asked to call 911 of the Chicago office of the FBI at 312-421-6700. The case is being investigated by the FBI and local law enforcement.

Photographs from the robberies and additional information can be found on the FBI-run website BanditTrackerChicago.com.