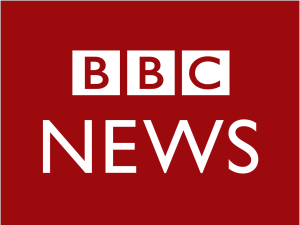 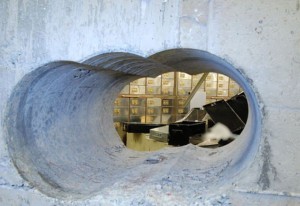 The gang behind the Hatton Garden raid of 56 safe deposit boxes has “ruined the lives” and livelihoods of some of its victims, a loss adjuster has said.

Rick Marchant told the BBC it was mainly small businesses that had been hit by the burglary at Hatton Garden Safe Deposit Ltd in London over Easter.

He said he was dealing with seven clients who had lost items with an estimated value of £2m in total.

About 25 victims met on Thursday to discuss what action they could take.

The group were told the chances of recovering their losses were “very limited” at an informal meeting organised by the London Diamond Bourse (LDB), the trade body for diamond dealers.

Speaking afterwards, Harry Levy, president of the LDB, said: “I was very pessimistic when I spoke to the people who have lost everything.

“I said that the possibilities of recovering money are very limited in this case.”

He added many of the dealers who had turned up to the meeting said they were uninsured.

Mr Levy said the victims would have problems recovering the money as they would be seen as “unworthy individuals”, but he added: “eventually some of them will find they have lost the roof over their heads because they won’t be able to meet their mortgages, they can’t trade any longer”.

The LDB advised the group to form a committee and to consider employing a lawyer and loss assessor to help recover their money.

It is “not our intention” to sue the Metropolitan Police, Mr Levy said. He said many of the victims were annoyed it had taken so long for the police to allow them to visit the crime scene.

Mr Marchant, from Marchant and Marchant Limited, said: “We are dealing here with mainly small businesses and they are not making huge profits.”

“These aren’t extremely wealthy people, for a lot of them their livelihoods have gone.

“All of us might be forgiven for thinking ‘how audacious, how clever’ – but what [the gang has] done is ruin the lives of many people within the Hatton Garden jewellery quarter.”

Mr Marchant added most of the victims thought their belongings would be secure, he said: “Their view was ‘it is in a safety deposit box – the key word is safety – it should be ok’ – and of course they have lost everything.”

In total, 72 safe deposit boxes were opened and the contents of 56 boxes were taken in the raid over the Easter weekend, at the start of April.

Jewellery, watches and other valuables were removed from the premises in wheelie bins and bags by the burglars.

A £20,000 reward has been offered for information leading to the arrest and conviction of the gang but no arrests have yet been made.

Mr Marchant said for those who were not insured, the chances of recovering their sums were “pretty remote” and their only hope would be if it was found there had been negligence in terms of the security of their items.

Mahendra Bavishi, the director of Hatton Garden Safety Deposit Ltd, has previously told the BBC he had “no clue” if the multi-million-pound raid could have been an inside job and was “puzzled and surprised” at how the burglars managed to get past the security measures.

Police are still investigating why officers did not respond when an alarm went off while the intruders were in the building.

The burglars first went into the building after 21:00 BST on Thursday, 2 April and left shortly after 08:00 BST on Good Friday, 3 April, police said.

They returned to the scene soon after 22:00 BST on Saturday, 4 April and were recorded on CCTV leaving the premises at about 06:40 BST on Easter Sunday, 5 April.